We’ve had a number of people call in or email saying that they wish they could see NYC at Christmas, that decorations at home–and window dressings in particular–must pale in comparison to smaller towns.  While no doubt the case, the competition to see smaller town decorations cannot be anywhere near as fierce as making your way around Rockefeller Center and Saks Fifth Avenue at rush hour.

Although taking pictures in the evening does not necessarily show off the best results a camera can produce, I figured that wandering out with Panasonic’s flagship super-zoom, the Lumix DMC-FZ200, along 5th Avenue would at least test its capabilites in low light.  The sample images below confirm to a large degree that the FZ200 delivers very good image quality, better than its peers in the super-zoom category.  It is not surprising, therefore, that DPReview.com gave the Lumix FZ200 its Gold Award rating. 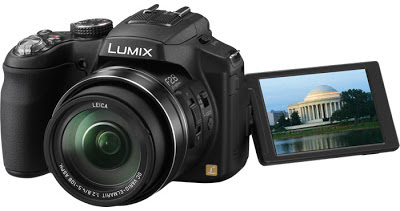 This perspective doesn’t do the Rockefeller Christmas tree justice, but does show how capable the FZ200 is at capturing wide angle shots.  With a 35mm equivalent zoom of 25mm to 600mm, the Lumix FZ200 covers a lot of ground. 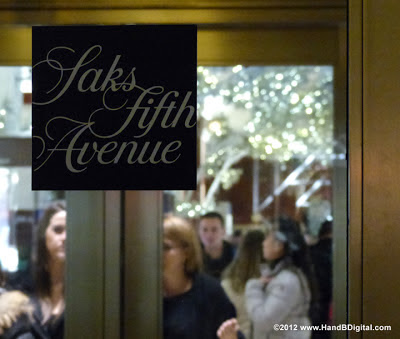 This shot, cropped by approximately 50%, shows one of the benefits of having a fast f/2.8 lens that is constant throughout the zoom range, something that one won’t find in competing mega-zooms–and indeed the reason for the price premium on the FZ200.  Although a fair amount of noise is noticeable in the cropped image here, shot at ISO 1600, the Leica lens allows for shooting several stops faster than would be possible with other mega-zooms. 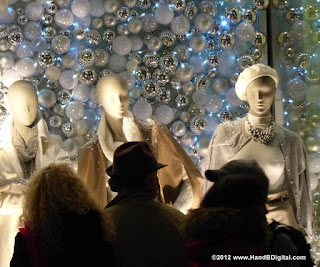 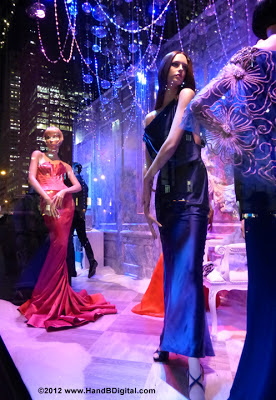 As noted above, the fast, constant aperture f/2.8 lens on the FZ200 allows for shooting at lower ISO’s than would otherwise be possible with the slower lenses typically found on bridge cameras.  This was taken at 1/20 sec. at f/2.8 at ISO 800.