See below for photo parameters.

The Olympus Stylus SH-50 is an advanced compact point and shoot that allows for more manual control than most cameras at this size.  The SH-50 also performs beautifully in low light, with limited noise through ISO 800 and solid performance through 1600 ISO.  In a pinch, you can even shoot at the SH-50’s passable ISO 3200, nearly 5 full stops faster (more sensitive) than at the camera’s lowest ISO 125 setting.  ISO 6400, the SH-50’s max ISO, is noticeably noisy but still much better than we were only two or three years ago–and even quite good, as the shots below attest.

Parameters:  All photos were shot on a tripod at a 35mm equivalent of approximately 50mm and at an aperture of f/4.1.  We then cropped the images by 25% and reduced the image size to 16 inches wide by approximately 10 inches high, maintaining a native resolution of 180 pixels / inch. 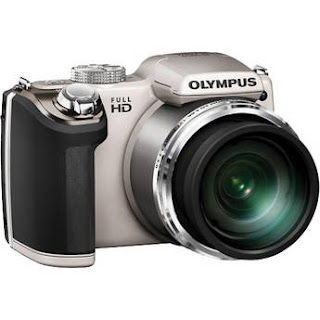 The Olympus SP-720UZ is a digital point and shoot with a CMOS image sensor with a resolution of 14 Megapixeles. It is equipped with a screen of 3.0 “, 460K pixel LCD monitor.’s Lens 26x optical zoom has a focal length of 4.66-121.2mm effective, equivalent to 26-676mm in 35mm format. It lets you capture everything from wide angle to super telephoto shots.

AUTO function automatically selects the best camera mode depending on the subject, allowing you to deliver the entire calculation of the camera and just focus on getting the image you want-is. With 3D Photo mode, you can capture from everyday scenes of a dynamic three-dimensional landscape. Then view the images on a 3D compatible TV or computer.

Here are some photos taken with this terrific camera in normal light conditions: 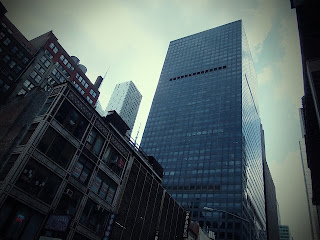 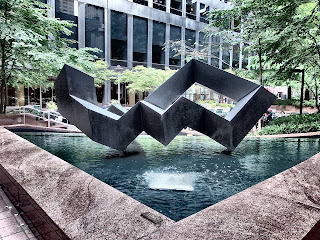 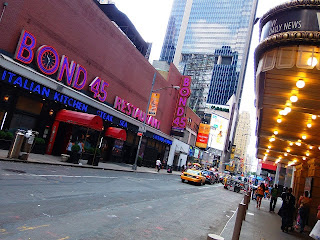 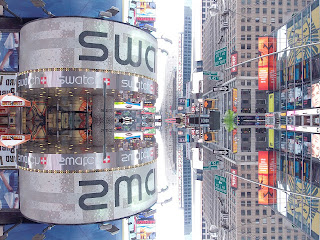 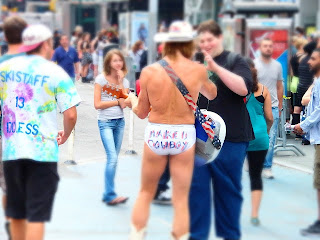 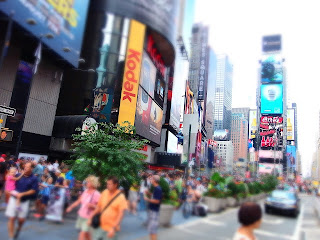 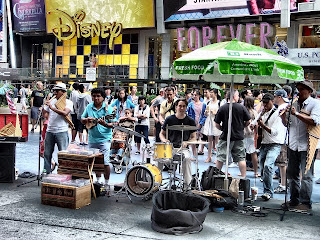 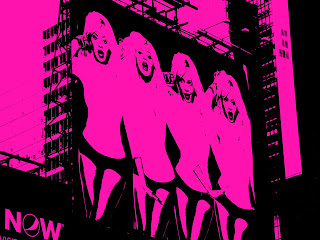 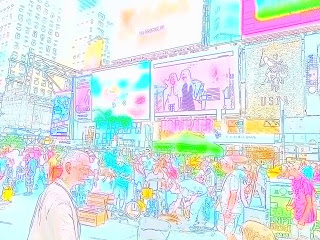 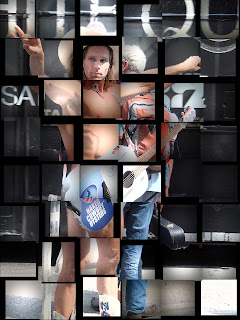 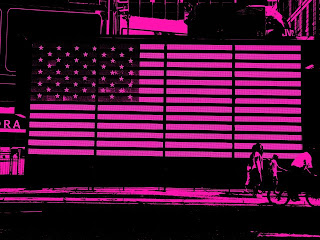 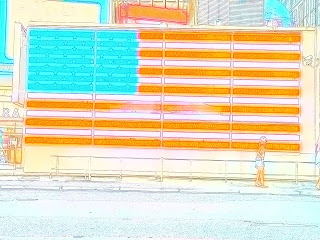 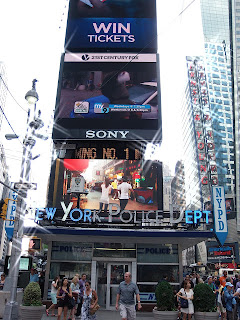 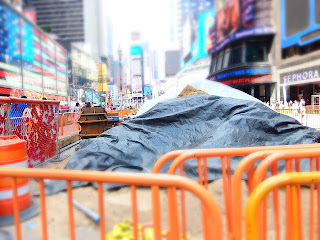 Major League Baseball’s All Star Game Parade down 42nd Street was the perfect excuse to take the new Olympus SH-50 out to get some sample photos.

The SH-50 features a 16 megapixel BSI CMOS Sensor and TruePic VI iHS Image Processor, and has a great 24x Optical Zoom with a 35mm equivalent focal range from 25mm to 600mm all in a compact Point and Shoot body.  Shooting at its further focal ranges and set in Sports mode with high speed image capture, the SH-50 was the perfect camera for the parade.

Here are some sample pics from the parade: 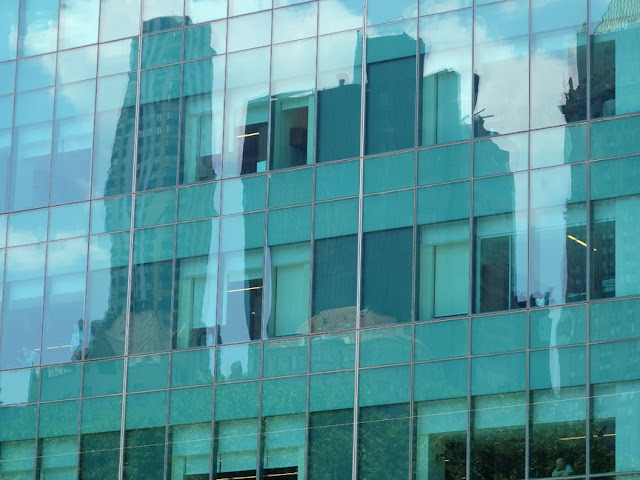 H and B Digital is happy to announce that we have the Olympus OM-D E-M5 Limited Edition Bundle IN STOCK.

The bundle pairs Olympus’ top of the line and amazing OM-D E-M5 mirrorless camera with the beautiful M.ZUIKO 17mm f/1.8 lens, along with a metal lens hood and metal lens cap, all packaged together in a limited edition wooden box.

Outstanding Olympus Deals: Save Up To $150! 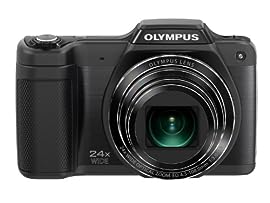 Get a Super Zoom in a more compact size.

An amazing 40x Optical Zoom and Image Stabilization for only $249.99! 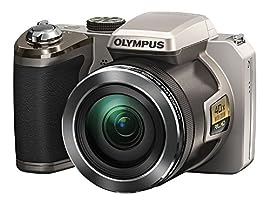 The latest enthusiast from Olympus gets a Silver Award from DPReview.com!


Olympus’ new SZ-15 somehow packs a massive 24x  optical zoom (25-600(!)mm 35mm equivalent) in a relatively slim, compact body.  With a strong 16 megapixels and a 3 inch LCD screen, this point and shoot will appeal to people looking for the focal length of a bridge super-zoom but hoping for a more compact–and more reasonably-priced–point and shoot.
The SZ-15 also features Dual Image Stabilization, Face Detection and AF Tracking to help capture moving subjects like kids or pets.

The Olympus SZ-15 is built around a 16 megapixel 1/2.3″ CCD sensor with Olympus’ Truepic III+ Image Processor, which together help deliver quicker image capture and transfer speeds.  The 25-600mm f/3.0-6.9 lens focuses relatively quickly for such a wide-ranging zoom, and can shoot macro as close at 1.2 inches away.

The camera only offers a somewhat disappointing ISO maximum of 1600, so it’s really intended for outdoors shooting.  Of course the pop-up flash helps fill in photos, and I’d venture to say that the camera will deliver better photos with the flash than smartphones with their tiny LED flashes.  Still, I’d recommend learning to use the 2 second delay self timer as a way of countering shutter lag camera shake in low light.

The Olympus SZ-15 is quite easy to use, with an intuitive zoom and other basic controls.  Olympus‘ menu system can get very complicated, but the menus on the SZ-15 are actually not to difficult to understand.  The simple interface on the back of the camera is perfect for likely users of this camera.

Image quality is also quite strong, particularly when compared to smartphone cameras or other weak point and shoot system.  Few cameras offer as much zoom in such a compact form factor, and image quality cannot be compared to larger cameras or DSLRs.

Olympus pushes the rugged camera envelope again with its new flagship Tough model, the STYLUS TOUGH TG-2 iHS—but the latest in super-durable cameras is not just for divers and explorers:  its image quality is great and features such as an optional 60 frames per second shooting and easy to navigate controls make it one of the best travel point and shoots available.  Read on for a hands-on review and for some sample images.
Specs:  Bright f/2.0 Lens, 12.4 MP Sensor, and 5 to 60 FPS Shooting
The TG-2 sports an industry-leading, bright f/2.0 maximum aperture lens at its 25mm (35mm-equivalent) wide angle, and a 12.4 megapixel CMOS image sensor and TruePic VI image processor similar to those found in Olympus’ PEN series cameras.  This combination gives it an impressive ISO sensitivity range of 100-6400, as well as a speedy 5 fps shooting at the full 12 MP for 25 frames . . . or up to an amazing 60 fps for 100 images at 3 MP.  There are several settings between 5 fps and 60 fps that allow for more or less detail.
Hands-On:  A Great Street Shooter
That lightning-quick speed makes this a fantastic street shooter and (with the shutter sound turned off!) perfect for taking travel photos unnoticed.  Focusing is quick and accurate.  Even the reduction in image size at the highest frame rate produces very good photos, fully capable of small prints or web photos.  While certainly a bit bulkier than your average point and shoot, the TG-2 isn’t too heavy or too big to carry around.  In fact, its tough characteristics make it a great travel candidate.
Controls
Olympus appears to have done some testing on its user interface.  Controls on the TG-2 are excellent, a real pleasure to work with.  Flash control, self-timers, exposure compensation, ISO and white balance are easily accessed using the TG-2’s rear joystick-like control (instead of having to dive into the menus).
Image Quality
Image quality is really quite fantastic.  Test images were sharp, with excellent color representation from reds to greens.  Even at automatic settings, the TG-2 managed to nearly perfectly meter scenes, resulting in well-balanced and accurate photos.  Contrast is great, with little or no post-production necessary in most cases.  There is a slight amount of fringing in out of focus areas, not atypical for point and shoot cameras, but the TG-2 definitely performs better than most cheap P&S’s.
Aperture Priority & Enhanced Intelligent Auto
For added creativity and control, the TG-2 allows you to bring Aperture Priority mode to places you wouldn’t take your DSLR.  Aperture selection choices are limited to three choices (wide open at the chosen zoom setting (from f/2 to f/4.9), stepped down slightly and stepped down to the maximum for the zoom (from f/8 to f/18)).  Still, the option to control some aperture is certainly welcomed.
The camera also features enhanced Intelligent Auto for quick and accurate photos, and automatically detects the subject and lighting situation to identify what type of scene—from up to 30 different options—you are shooting.  As noted above, auto settings were very accurate and quite reliable.
Video:  A GoPro Alternative?
While not specifically marketed as a challenge to the number of action sports cams gaining in popularity, such as the GoPro and Contour+, the TG-2 certainly should be considered as a viable alternative, particularly for photographers looking for only occasional but high quality video.   Naturally the TOUGH shoots in 1080p HD video (1920 x 1080 pixels) at 30 fps, but can also shoot high-speed videos at up to 240 fps (in QVGA, or 320 x 240 pixels) in .AVI format, far faster than those other action cams—albeit at a much lower resolution.  The TG-2 also includes Linear PCM Stereo audio recording, a feature typically reserved for higher end cameras.

Rounding out its feature set is a 3 inch, high-resolution OLED (610,000 dot) display that is very bright, even in direct sunlight (something the aforementioned sports cameras decidedly lack).  The screen has a number of protective coatings to prevent scratches.
Not Enough?
If that wasn’t enough, the TG-2 accepts an additional fish-eye lens for wide shooting and which can be used at all of the above-mentioned extremes.  Is 50 feet deep not enough for you?  Add the Olympus PT-053 underwater housing for dives up to 135 feet.
Conclusion
The TG-2 is a beautiful, capable, feature-rich camera that takes fantastic photos.  While bulkier than your average point and shoot, this camera is not just for diving or taking to the beach.  Its speed and image quality make it a great street shooter/travel camera, with the added bonus of protection from drops, spills and chills. 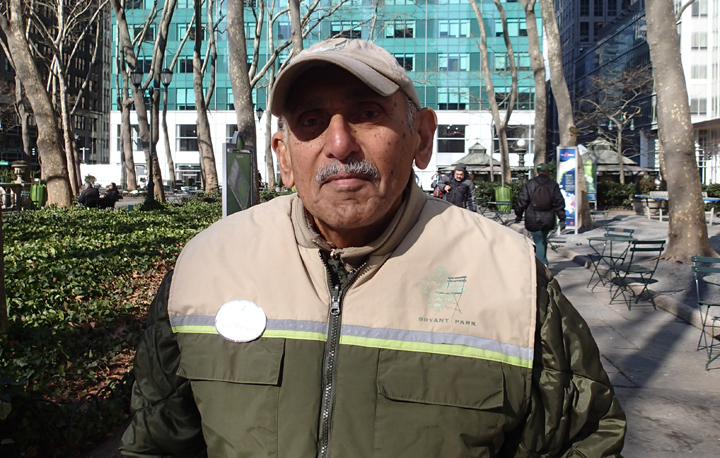 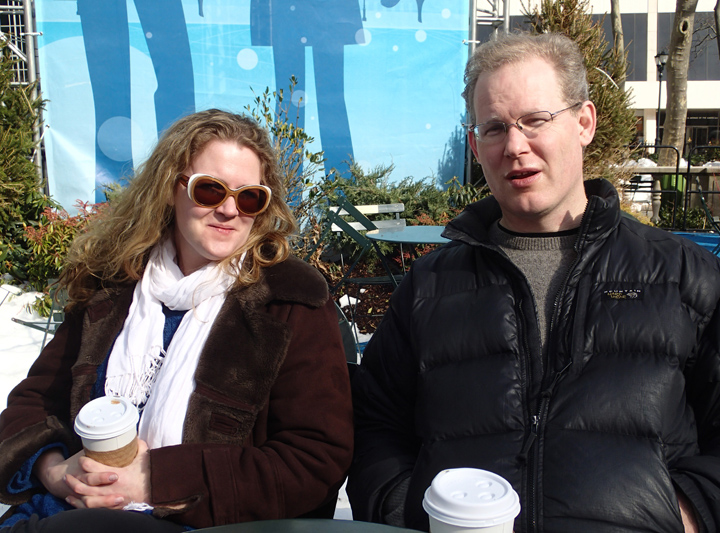 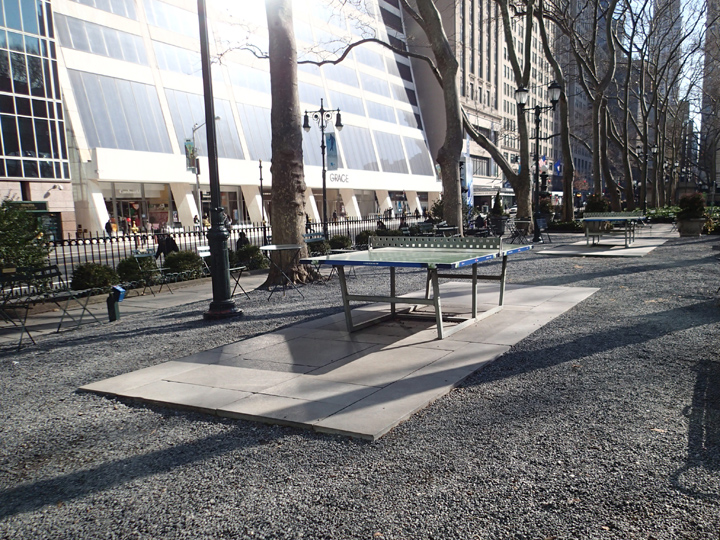 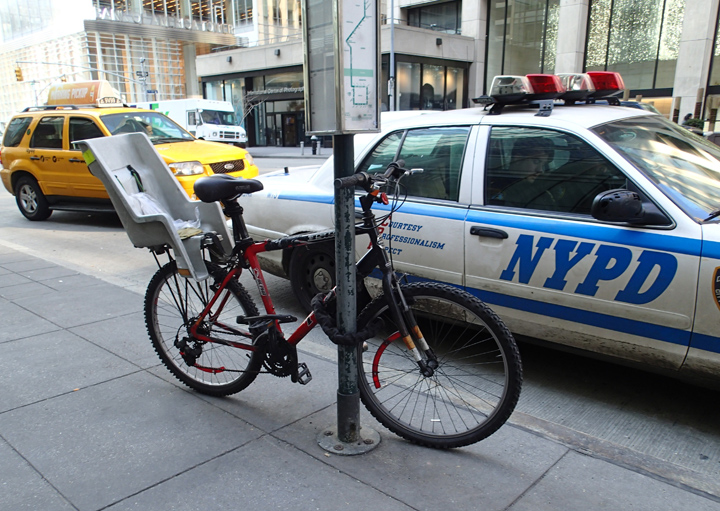 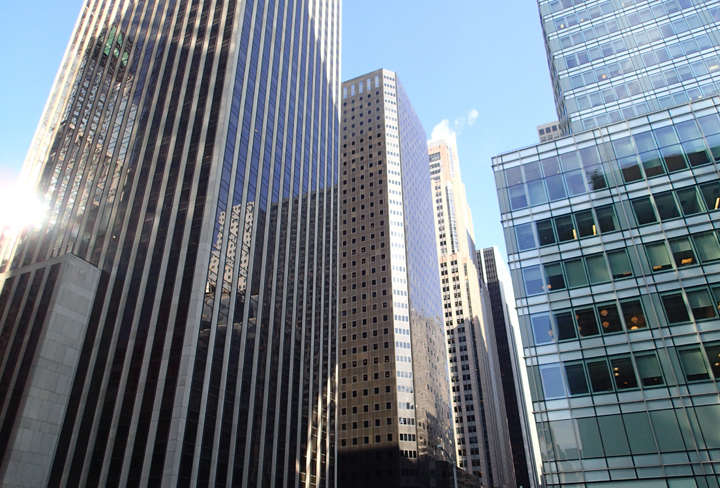 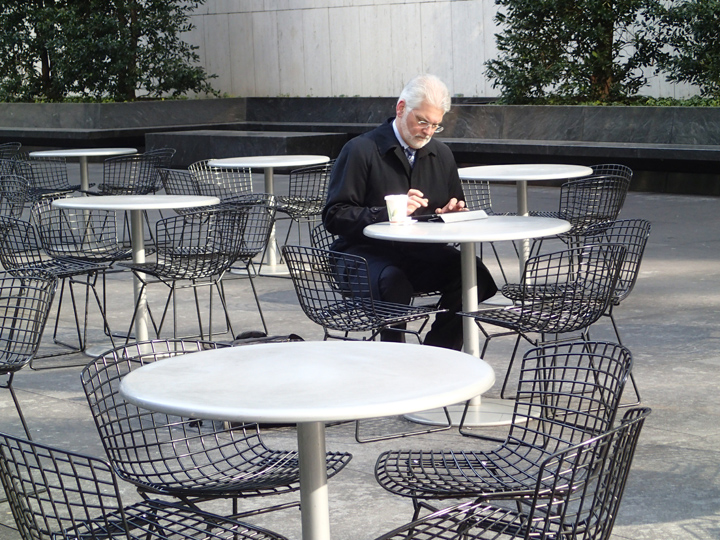 The following sample images were taken with a production version of the not-yet-released Olympus 17mm f/1.8 M.ZUIKO lens.  I only had it in my hands for a few minutes on Monday and mounted it on an Olympus OM-D EM-5.

What a fantastic lens!  Technically it’s great:  autofocus is very quick, the 34mm (35mm equivalent) range is great for street shooting (and, in my opinion, is even fine for certain portrait shots), and it is super-solidly built. The all-metal build focuses smoothly, and the Snapshot Focus mechanism allows users to take spontaneous images by setting the focusing point based on a specific distance.

Most importantly, the resulting images are very sharp even wide open, with little apparent aberration.  The large aperture allows for excellent Depth of Field blur, and the bokeh is quite beautiful.

Olympus gave us an ETA of December 15, and we are taking pre-orders now!

Below are several sample images. Please note that due to the limited time I had with the lens, I rushed through many of these shots, shooting most of them wide open at f/1.8, moving too quickly in some cases to lower the ISO. Grain at 800 ISO is therefore user error, my apologies. That said, I’m really impressed and looking forward to getting one!

Available Now through December 24 . . . While Supplies Last!
If you’ve been dreaming of getting the OM-D,
now‘s the time to buy!
Olympus OM-D EM-5