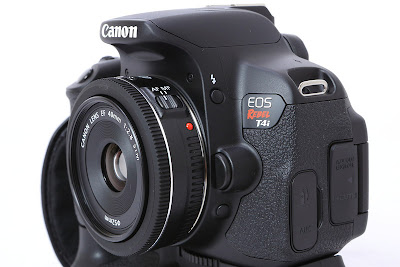 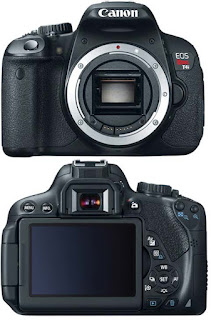 The Canon Rebel T4i features an upgraded image sensor, DIGIC 5 processor, improved live view and video autofocus, faster shot-to-shot rate, and a high-resolution touchscreen interface. It is nearly identical to last year’s EOS Rebel T3i in size and shape, with a control layout that is only slightly altered to improve ergonomics. But despite similarity in the overall design the new and improved features actually do make a big contribution to the overall functionality of the camera such as better focus quality and accuracy in most situations.
While other mirror-less camera manufacturers such as Olympus and Pentax have released “pancake” lenses, Canon is finally getting their feet wet with the EF 40mm f/2.8 STM Pancake lenses extremely compact and lightweight design. The EF 40mm f/2.8 STM is also equipped with another new feature for the Canon EOS system, as opposed to a conventional micro-motor or USM Autofocus, Canon has introduced a stepping AF motor, this is what the “STM” stands for in the Canon EF 40mm f/2.8 STM Lens name.  It is provides a smoother auto-focusing experience in movie or Live-View mode. This is why many photographers and videographers alike will be if they are not already gravitating towards this new lens. However, the camera has to be optimized to take advantage of this feature and as of now only the Canon EOS Rebel T4i digital SLR cameras qualify. 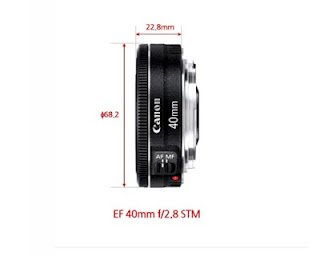 The 40mm f/2.8 lens is a unique lens because it is neither really a moderate wide-angle nor a standard prime lens. However, the actual design of the 40mm lens itself features all the standard pancake lens appeal of being simple, compact and lightweight.  The EF 40mm lens has a tightly assembled plastic body based on a metal mount. The focus ring operates smoothly and an inner lens tube extends a little when focusing towards shorter distances. The focus ring is decoupled from the actual focus gear so you cannot retract the inner tube after detaching the lens from the camera. The filter size on this lens is 52mm which gives you an even better idea of how small this lens actually is. 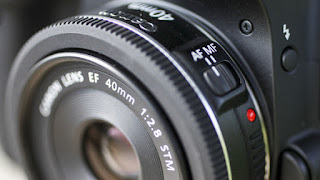 As I mentioned above, the Canon EF 40mm f/2.8 STM lens uses a stepping motor (STM) for autofocus (AF).  AF operations were fairly fast in phase detection AF mode but, I found that it actually performed a bit slower than any of the ring-type USM AF lenses I’ve tested in the past. And after researching other sources regarding the differences between an STM and USM AF I’ve read that this is actually typical. Additionally, in a silent environment there is also a noticeable amount of AF noise which was sort of irritating and even a little embarrassing at times when I was shooting videos of people in NYC walking towards me and the lens kept trying to focus and refocus on a fixed point.
Although you don’t have to use the AF mode, you can also use the lenses Manual Focus.  Manual focusing allows you to turn the focus ring to control the AF motor.  I found this to work well and at times even preferred it over the AF mode. Canon advertises the STM as an innovation for movie taking. This is true for the new EOS Rebel T4i which has been optimized for STM lenses but for older EOS cameras this may not work as well because the progress from USM is rather marginal here. Most mirror-less systems do a better job across all contrast AF aspects, thus “LiveView,” just to put this into perspective. 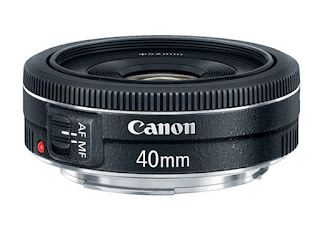 Generally, Pancake lenses tend to not have an overly complicated design which balances with their comparatively slow speed.  Another feature of the 40mm f/2.8 lens is the bokeh or the quality of the out-of-focus blur. I had to choose a rather short focus distance in order to achieve a decently shallow depth-of-field. However, I personally enjoy bokeh in photography which can be aesthetically appealing or displeasing depending on the lens aberrations and aperture shape.  Funny thing is, I have astigmatism in both my eyes which causes my eyes to naturally bokeh or blur parts of the world around me, and yet I have glasses to fix this feature I enjoy so much when shooting and viewing photos.  In this sense, bokeh in photography can be viewed as a good or bad thing depending on your perspective.  Canon actually outlines this aspect as a strength of the lens and I would have to agree but others might not find this feature as pleasing.
Below are sample images demonstrating the bokeh effect on my shots when using the Canon EOS Rebel T4i with the Canon EF 40mm f/2.8 STM lens: 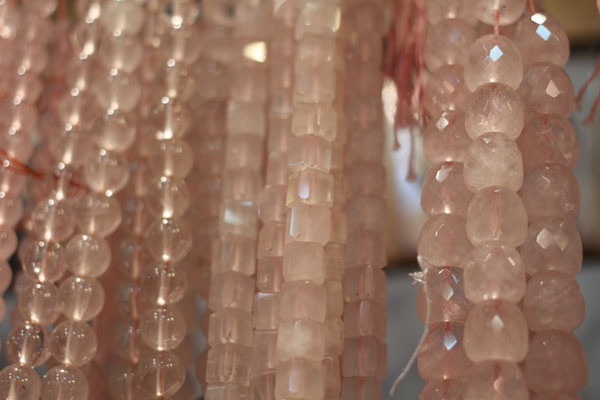 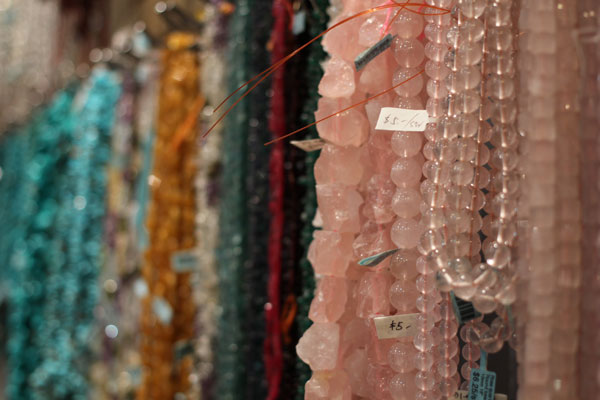 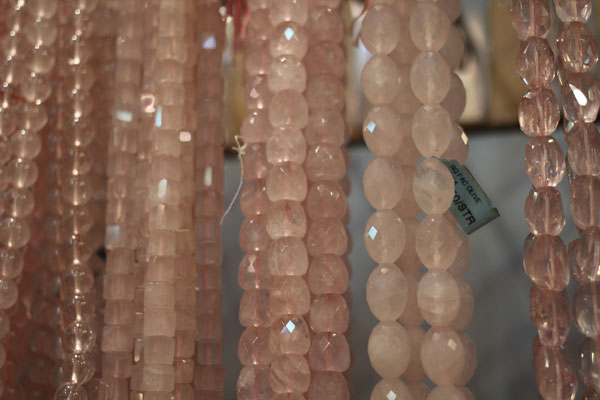 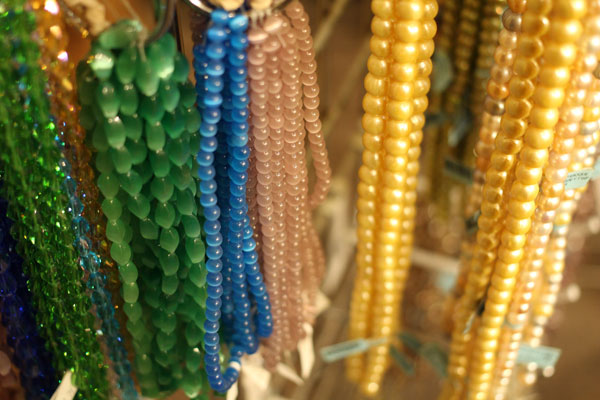 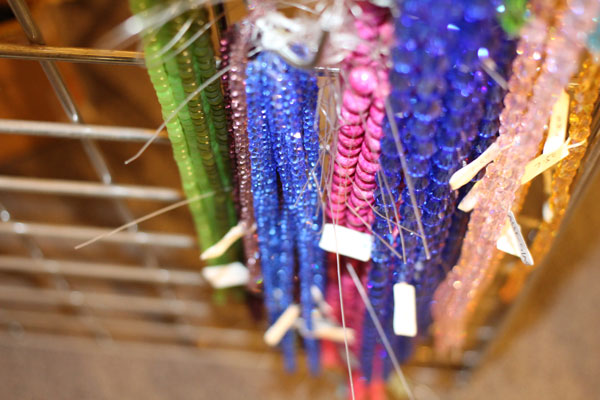 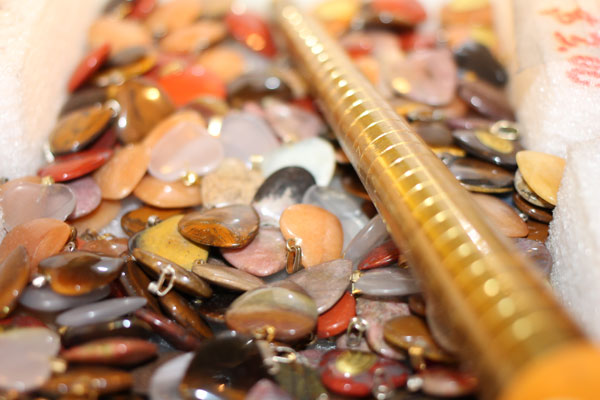 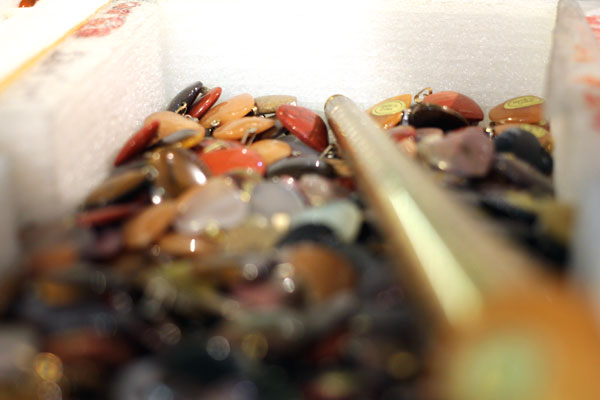 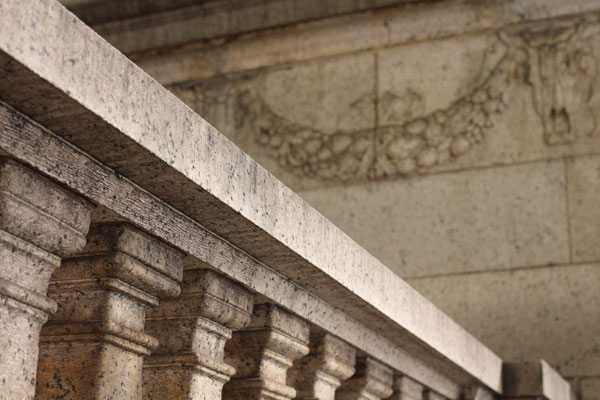 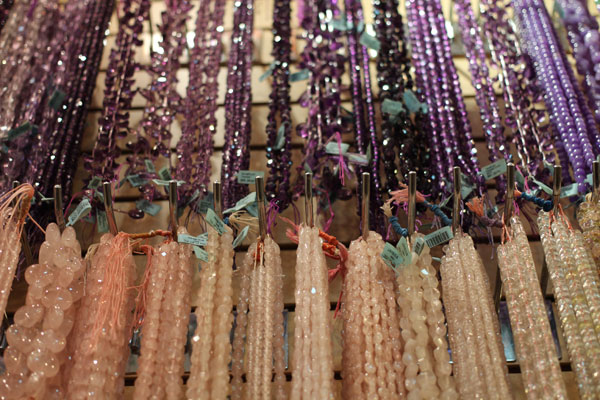 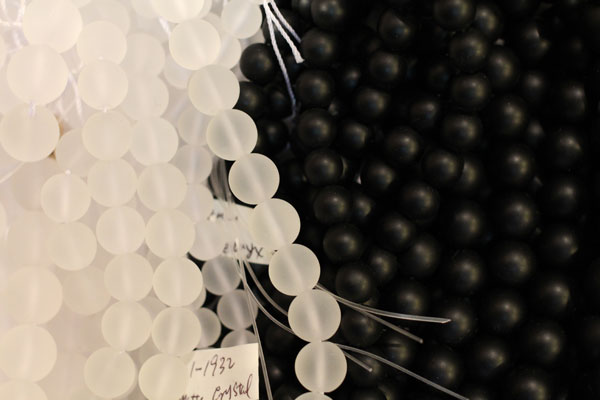 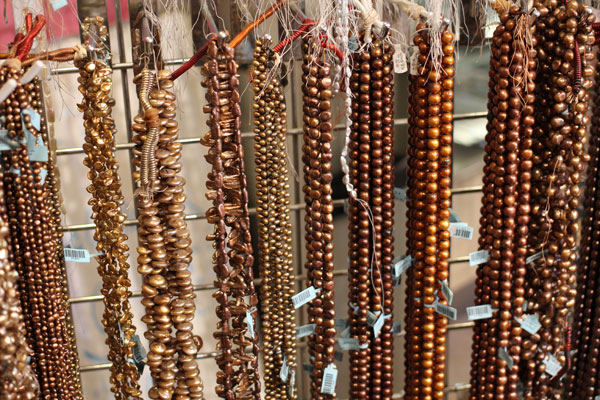 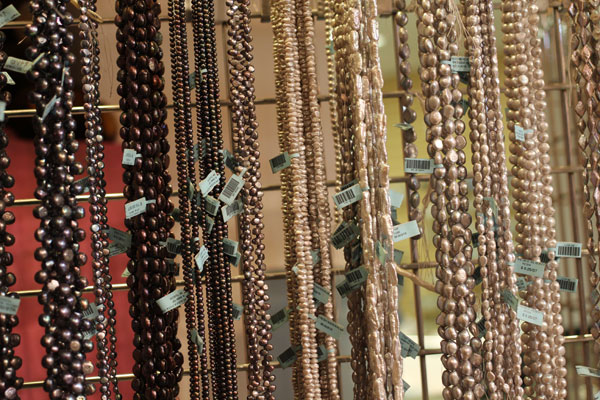 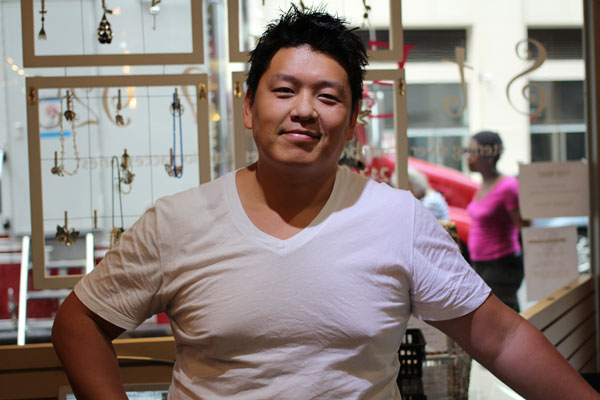 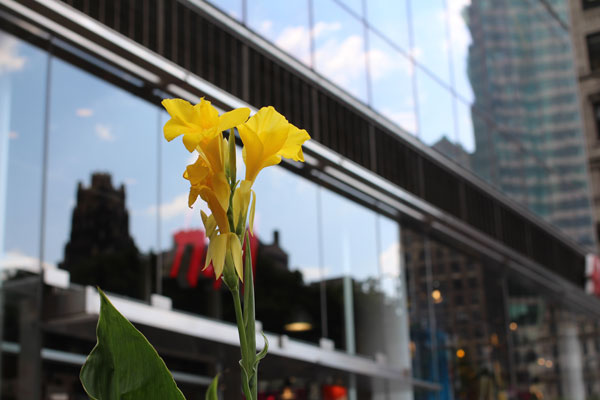 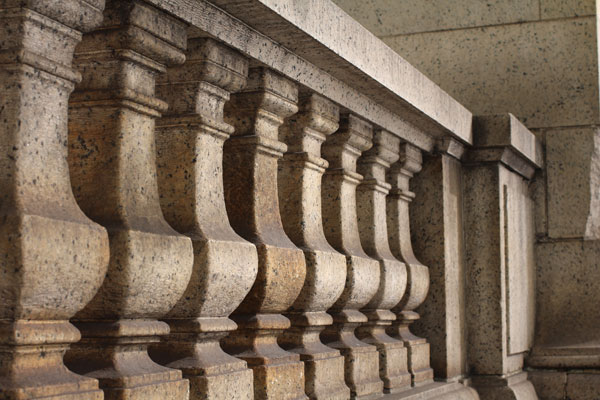 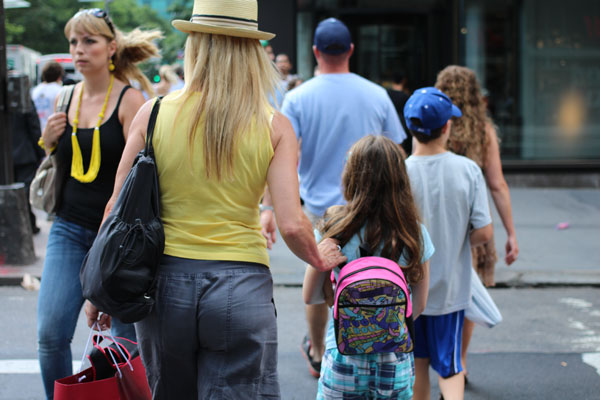 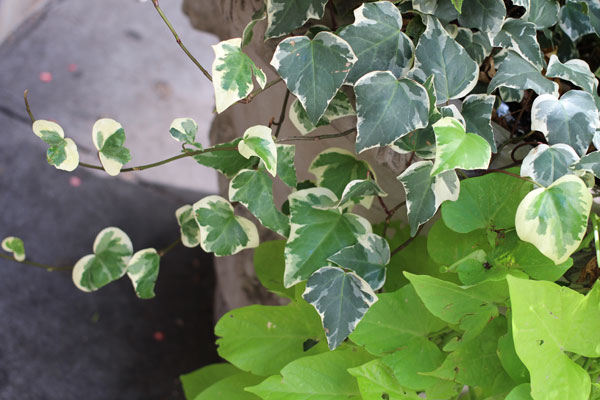 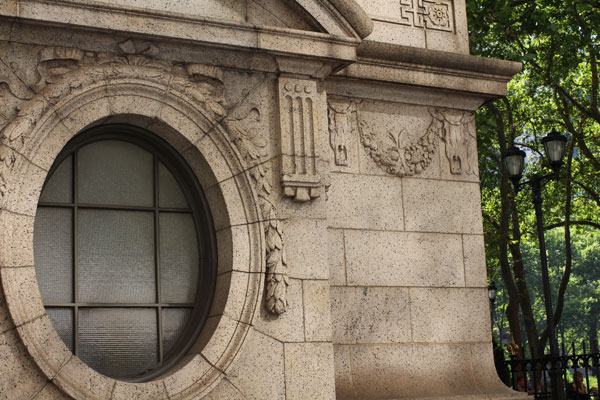 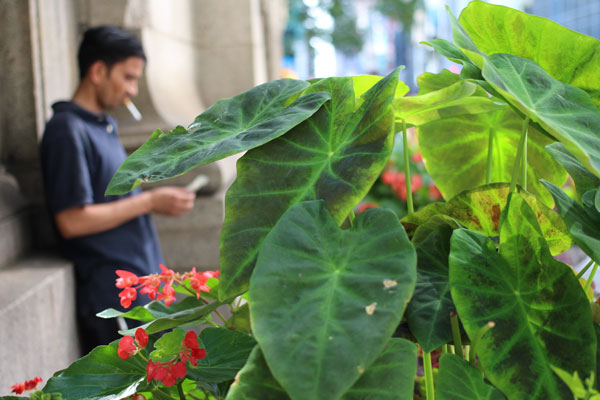 However, the downside of this lens and I think it is a major downside, is the way it operates when shooting videos. As I mentioned above, the AF is noisy and can be very annoying primarily because of the bigger issue involved with this lens which is the slow AF tracking especially when recording subjects that are moving at a moderately fast pace lens.
In the sample video below you can see how the 40mm lens does a poor job of keeping subjects that moving towards and away from me in focus even when I am standing in a stationary and relatively steady (obviously not using a tripod) position.
The lens did a better job of staying in focus when recording a video of a plant blowing around in the wind but as I moved closer to the subject you can see how the lens has a difficult time adjusting quickly to the change in distance. In the sample video below, you can see this in action.
The new Canon EF 40mm f/2.8 STM pancake lens is a highly portable lens that produces crisp detail and vibrant colors. It is a good investment especially since it is extremely affordable but I would not recommend this lens if you are looking to primarily record movies and video. I even think that Canon should reconsider advertising the 40mm f/2.8 STM lens as an innovation for movie making and instead promote it is as their first compact and lightweight pancake lens with great bokeh effect and excellent quality image for a low-cost price.
For pricing and availability, go to our H and B Digital online store of visit us at our retail location in Midtown, Manhattan:
–          The Canon EOS Rebel T4i Digital SLR Camera
–          The Canon EF 40mm f/2.8 STM Pancake Lens
–          The Canon EOS Rebel T4i with EF 40mm f/2.8 STM Lens Kit